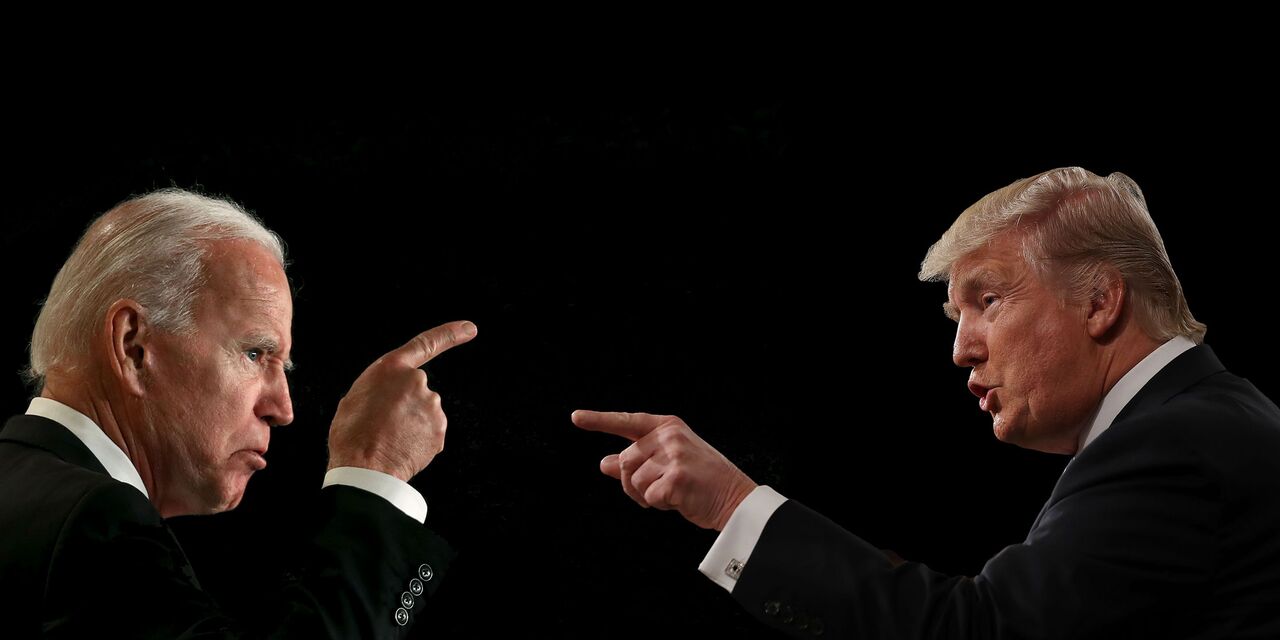 Following the tradition of the past couple of election cycles, there will be three presidential debates and one between the vice presidential nominees.

All the debates will be 90 minutes in length, and will run from 9 p.m.-10:30 p.m. ET without commercial breaks. Details concerning the sensitive question of having live audience members — and how social distancing rules will be carried out — are still being worked out amid the pandemic.

Name calling and washing dirty linen can be expected in all debates!

Donald Trump has been called ‘Racist’ and ‘Most Negligent President’ (for not controlling Corona virus in America).

A Radio Jockey was fired for calling Kamala Harris ‘Colored’

The first presidential debate between Trump and former Vice President Biden will be hosted by Case Western Reserve University and the Cleveland Clinic, in Cleveland, Ohio.

In 2004, the school was the site of the vice presidential showdown between then-Vice President Dick Cheney and Democratic vice presidential nominee Sen. John Edwards. The Cleveland Clinic is serving as the CPD’s health security adviser for all four debates this autumn.

Notre Dame University in South Bend, Ind., was the original host for the first debate but withdrew in July due to health concerns over holding a large in-person gathering amid the coronavirus pandemic.

The vice presidential debate between Vice President Pence and Sen. Kamala Harris of California will be held at the University of Utah in Salt Lake City, Utah.

The second presidential debate will be held at the Adrienne Arsht Center for the Performing Arts in Miami, Fla. The University of Michigan – which was the original host of the second debate – withdrew in June due to health concerns amid the pandemic. 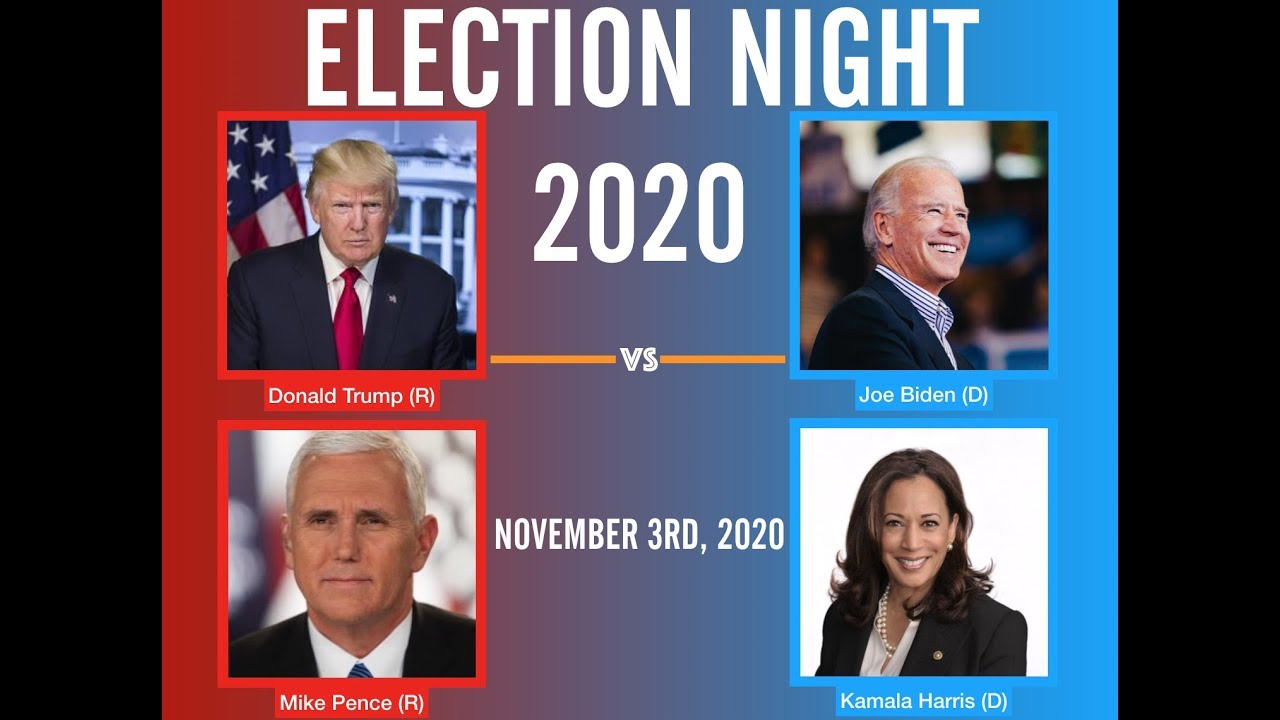 LOOKING AT PRIMARY ELECTIONS,  PRE-POLL  PARTY  STRENGHTS  ARE  AS  FOLLOWS:-

10% Un-Decided can swing one way or other after the Presidential debates and the VP Debate. As of now, Democrats are strong.

Mellowed out and enlightened septuagenarian. Tech savvy. Social writing is just a pastime to kill time. I keep contributing to several developmental projects in the area of engineering education, IT and Healthcare projects launched by my kith and kin. I am too lazy to write a book, 'cause I think my life itself is a book! I am also at www.facebook.com/sureshnrao
Login
Please login to comment
5 Comments
Newest
Oldest Most Voted
Inline Feedbacks
View all comments

According to analysts in China, Joe Biden of the Democratic Party, if elected to White House, could do more damage than Pres. Donald Trump by pursuing a more coherent strategy to counter China’s global agenda.

﻿Biden has vowed that if elected, he would take a harder line on climate change and China’s crackdowns on ethnic minorities in China.

“If you give a climate arsonist four more years in the White House, why would anyone be surprised if we have more of America ablaze?” Biden said, savaging Trump for failing to “take responsibility” for the ongoing wildfire crisis in the West.”

You take a keen interest in the U.S. politics. What is your take? Trump hasn’t been that bad for India at least he is not too far leaning towards Pakistan and China. Biden and Kamala Harris as far as gather aren’t going to take an about turn and swing towards India.

Yes, I take interest and vote too by postal ballot. The electoral process in US is very interesting.

Trump and most Republican Presidents have been good for India… they take some time off from their entanglements in Afghanistan, Libya, West Asia issues and do support India interests in South Asia.

US is very keen on protecting rights of all countries in the South China Seas region too. Both Democrats and Republicans support Cyber and Global Defence security pacts between US and India, support India’s desire to join UNSC and Nuclear club.

True, Democratic Presidents just play lip sympathy for India… are not all that interested in India issues.

At this time with elections some 7 weeks away Trump looks weak; if he does very well in the 3 debates may be he can get those swing voters. I am for Trump coming back!

(pic) Image download from Net is for representational purposes only. Karnataka State (ruled by BJP party) is one of very few States in India to pass ‘Anti-Cow-slaughter Bill’ in the ‘State Assembly’ on grounds that ‘Cow slaughter’ is against Constitution of India.  Opposition parties have argued in the ‘State Assembly’ that in the name of…

This blog post is a part of series “Amarnath Yatra 2011” which I undertook with my cousins in the summer of 2011. After almost 18 hours of bus ride from chandigarh to Jammu-Kashmir we reached our first stop Pahalgam.   a lot of people brought their home cooked food (mostly biryani) and were seen enjoying…

The Tale of the Unextinguished Moon

A.Charumati Ramdas   In May 1926, journal Novyi Mir published the ‘Tale of the Unextinguished Moon’, written by Boris Pilnyak. Publication of the ‘Tale’ resulted in the confiscation of that particular number of the journal and ultimately the author had to admit that it was a great mistake on his part to write this work.   In…

When I was in Merchant Navy, I used to be away from home for long periods. I had started my career with The Shipping Corporation of India. It being an Indian Company the Signing On and Off was done when the ships visited the Indian Ports. Since the Company primarily dealt with the Imports and…