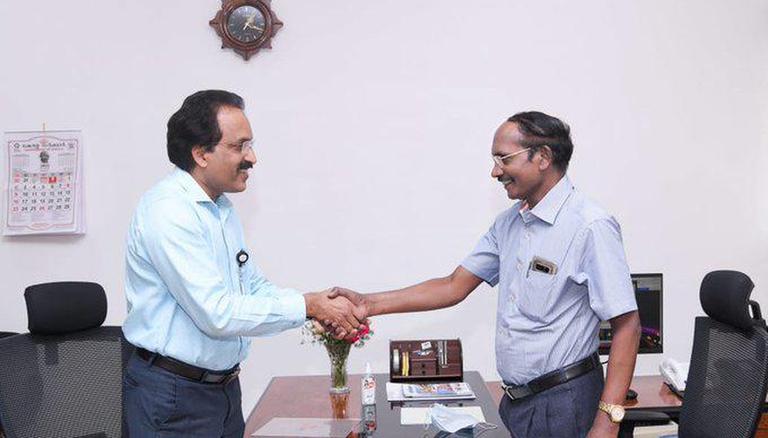 Eminent rocket scientist S Somanath (at left in picture) took charge as 10th chairman of the Indian Space Research Organisation (ISRO) and as the Secretary of the Department of Space, Government of India on January 14, 2022.

S Somanath joined the Vikram Sarabhai Space Center (VSSC) in 1985 after completing his B. Tech in Mechanical Engineering from TKM College of Engineering, Kollam, and Masters in Aerospace Engineering from Indian Institute of Science (IISc), Bengaluru.

I recall meeting him in the year 1990 at a seminar hosted by VSSC that I attended, representing my then organization, GE Astro USA, where I had previously hosted an official from ‘ANTRIX Corporation’ (*1); so I had received an invite to VSSC. { citation (*1)  https://www.isro.gov.in/about-isro/antrix-corporation-limited  }

After his Post Grad education at IISc, S Somanath was groomed at ISRO; he became an expert in a host of disciplines including launch vehicle design and has specialised in launch vehicle systems engineering, structural design, structural dynamics, integration designs and procedures, mechanism design and pyrotechnics.

A few years after joining the VSSC, he joined the GSLV Mk-III launcher in 2003 and went on to become the Project Director of GSLV Mk-III from 2010 to 2014.

He also was the Director of Liquid Propulsion Systems Centre (LPSC) and was responsible for the system integration design, development and testing of the stages of PSLV during its development. Somanath has won many accolades which include Gold Medal from Bengaluru’s IISc during his Master’s Programme and ‘Space Gold Medal’ from the Astronautical Society of India.

ISRO’s Performance Excellence award in 2009 and the ‘Team excellence award’ for effective leadership of the GSLV Mk-III project is also under his belt. 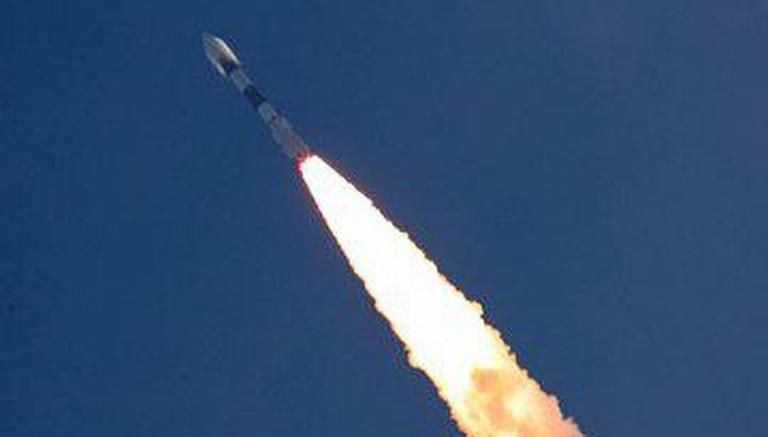 INDIA’s AMBITIOUS SPACE MAP FOR NEXT DECADE (excerpts from republiceworld.com)

India has been pursuing her space research programme quite doggedly and with a relatively handsome bag of mixed success and failures which is all in the game. I really don’t know financially how rewarding it has been for our scientists but their zeal and dedication needs to be applauded because it is a tough field posing great challenges. The present government is quite supportive but that doesn’t make the task of the scientists any easier. Let’s see if he proves to be luckier than S. Sivan in our space missions. The failure to land Chandrayan on moon was quite a sad event in Sivan’s otherwise successful tenure.

Most space programs all over the world use cutting edge technologies. One failure in twenty rocket launches is (has been) accepted even in US programs. ISRO is doing quite well. As the article says, ISRO is launching satellites for many foreign countries too earning foreign currency; its projects for next 10yrs is already known and committed. Coming to scientists working in ISRO they do make good salaries; more than money it is the prestige that draws many of them to ISRO.

The Eternal Bride : Tribute to the Beloved

Chingiz Aitmatov’s  Tribute to the Beloved : The Eternal Bride A. Charumati Ramdas   Though in Chingiz Aitmatov’s works the main protagonist is generally a man, women too occupy a significant place. Mostly being on the periphery of the plot they act as someone who provides a twist to the fate of the male…

NEWS FLASH: “The Delhi High Court on Friday restrained historian Dr. Audrey Truschke and other persons from publishing any defamatory material against historian Dr VIKRAM SAMPATH (presently, Columnist in India.)” VIKRAM SAMPATH is a celebrated author of 3 publications now; he was brought up, schooled in Bengaluru (view BIOGRAPHY*); He is an Electronics Engineering graduate,…

Atam Nirbhar Bharat- In Made in China World

Atam Nirbhar Bharat- In Made in China World The new mouse that I ordered from Amazon online has arrived today. It’s a Logitech product. Before proceeding with my article I thought of doing some research. Starting with Logitech. This is what Wikipedia tells me about Logitech. Logitech International S.A. (/ˈlɒdʒɪtɛk/ LO-ji-tek; often shortened to Logi)…