April 27, 2022 / Suresh Rao / Comments Off on Rajeev Chandrasekhar sees $one trillion economy boost in India by 2025 from Electronics and IT development
Post Views: 9 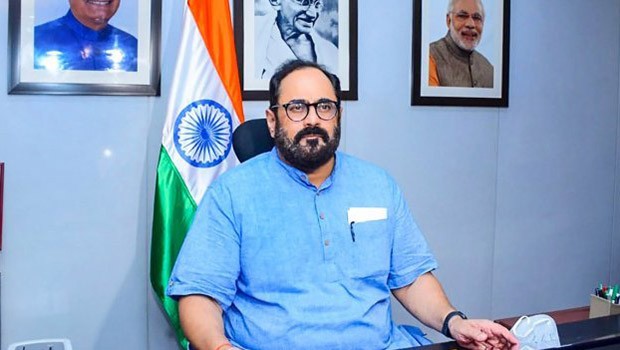 Rajeev Chandrasekhar (MOS GOI) is seeing green shoots in Emerging Digital Technologies in India to generate $1 trillion in economic value for India by 2025.

He foresees fulfilment of the $5 trillion economy ambition of PM of India; Rajeev foresees his ministry contributing 20 per cent to country’s nominal GDP and sustaining 60-65 million jobs by 2025.

By 2025, India is expected to have 90 per cent Internet penetration with 850 million users, with rural base growing 2.5 times as compared to the urban base.

India is at an inflection point — digital has changed the way people communicate, socialize, create, sell, shop and work. India is poised to be a game-changer in the world digital economy by empowering its citizens and revolutionizing businesses,” said Prashant Singhal, Emerging Markets (technology, media and telecom).

Digital technologies across sectors such as retail, financial services, healthcare, energy, manufacturing and infrastructure will be fueling the growth, resulting in employment generation, increased local and regional entrepreneurship and facilitate equitable socio-economic growth.

In the last four years, 268 mobile and mobile component manufacturing units have been set-up, generating 670,000 direct and indirect jobs under the electronic manufacturing initiative. Domestic electronics manufacturing could generate economic value of $100 billion to $130 billion by 2025, s report says.

On a positive note, rural internet users are expected to increase by 2.5 times, in comparison to the urban internet users – providing a huge impetus for the next big wave of growth.

Welcome to Kerala Tourism – Official Website of Department of Tourism, Government of Kerala

********** Revisiting Shimla*************** So, we are back to home at Chandigarh after a trip to Shimla. That was an engrossing trip, I took to relive the memories of my childhood spent sixty years ago. The ground under my feet didn’t feel any different, but the horizon had all changed. Not as far as my old…

(pic) chariots made of sandstone at ‘Sri Ramanuja ‘Samata-Kendramu’ are inspired by the iconic stone chariot at the ‘Vijaya-Vittala temple complex in Hampi (Karnataka,)’ a Unesco world heritage site in Vijayanagara district. (source of pic: PTI FILE PHOTO)      The 216-feet tall ‘Statue of Equality’ of Sriramanujacharya that Prime Minister Narendra Modi “dedicated to the world” recently was made in…

WISHING YOU ALL A GREAT 2021 WITH THE BEST OF HEALTH, HAPPINESS AND TOGETHERNESS WITH YOUR FAMILY. God be with you always         Share with:

Note:- This article was written by me in March 2020 in preparation for posting some fresh articles on this website which was then under construction, but like all other things, the construction too got stuck in unexpected Lock Down and got inordinately delayed. A Fragile Life Ever since the outbreak of Corona Virus in…