Raja Ravi Varma paintings… what are they worth today?

April 29th, was Raja Ravi Varma birthday. An young couple in our neighborhood… a Konkani girl who knew Kannada from Goa, married to a Bengaluru boy… were getting ready to move to their newly purchased apartment in Electronic-city, after selling their (grand) parental home in a suburban Bengaluru area.

This young IT savvy couple did not want all art and paintings packed and moved to their high rise modern complex at Electronic city. There were some 15 wall hangings in their original frames to pack at their (grand) parental home.

They decided to call an art critique they knew to find out if he would be interested in buying any of the art on the walls of their (grand) parental home.

The art critic, an art curator (originally, from Thiruvananthapuram in Kerala,) came and examined in depth, 3 wall hangings, with Raja Ravi Varma signature in them.

Believe it or not, the art gallery curator offered Rs 2-lakh each, for three pieces of art in their original framework!

Although the young couple needed the money to buy a new car, they decided not to sell them hoping they would make a better killing for those wall hanging at a future date!

They started conversing in Kannada (translated into English below,) in a hush hush tone, hoping the Malayalee curator would not follow the gist of their conversation.

“Let us pack those he has picked, we can get a better price for them in a few years… ask him what he would give for the rest!” asked the young bride in Kannada. The Bengaluru software engineer husband nodded.

“Hello, we have decided not to sell the 3 you picked; what will you give for the rest, asked the anxious husband.

“The rest are not worth even the cost of their frames… they are cheap prints of original paintings… I can give Rs 500 for each of them… only if you help me move them to my van parked outside, said the curator.”

The husband looked at his young bride busy packing up her makeup things. She nodded since the packers were going to come in another hour.

She figured the rest would at least fetch them a meal or two over the weekend since she had no plans to cook after the painful task of moving all their belongings to the high rise apartment complex.

Things went on as planned. The curator took away 12 wall hangings, at Rs 500 a piece. The software engineer husband helped him with moving them to the van parked outside. Rs 6000 was handed over to the lady by the curator (the Malayalee!)

Can you guess who out smarted whom in this whole deal? 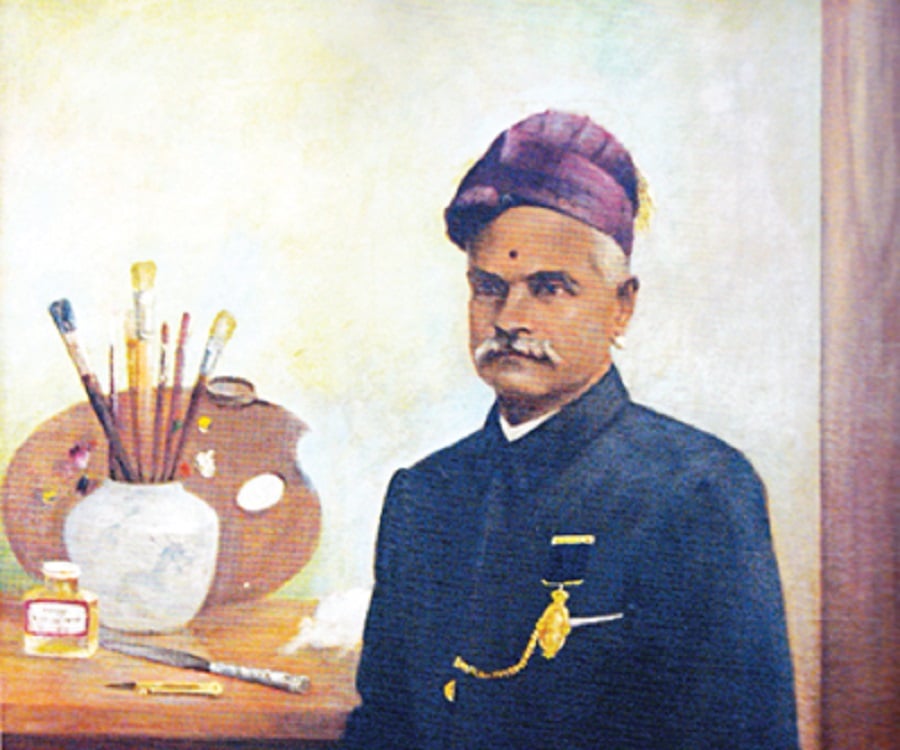 Raja Ravi Varma was an Indian painter and artist who was born on 29 April 1848 in Kilimanoor and died on 2 October 1906 in Attingal in the erstwhile Travancore district of today’s Kerala state.

He is one of the most famous and among the greatest painters in the history of Indian art.

I have given links to 20 most famous paintings by Raja Ravi Varma.

Pick 3 of them from list below? I would say you have a keen eye for the art of Raja Ravi Varma; someday you will be very rich if you have them at your home, oil on canvas, in their original framework.

The story raises many questions. Who was the IT Engineer? Did he have no knowledge of the worth of the treasure he had? A Bangluru IT Engineer not knowing about the price of Raja Ravi Verma’s art is sad part of the story and I also feel saddened whenever I read about the stories of great pieces of art being sold in trash.

During his West Asia Tour of UAE and OMAN in 2015, PM Modi had laid the foundation stone for the BAPS Swaminarayan Hindu temple in Abu Dhabi. Abu Dhabi has large number of expats from Gujarat and Kerala. UAE has contributed over 95 billion FDI for projects in India.  UAE Arabs express solidarity with India;…

Holland is home to thosands of young Indian expats. Companies like Tata Consultancy Services (TCS,)  Tata Steel, Infosys, Sun Pharma (many other too,) employ highly skilled software engineers who have brought Indian festivities to the delight of natives there! Once a year, the city of Amstelveen, at Amsterdam’s southern end, plays host to a true…

Jeffrey Preston Bezos is an American business magnate, media proprietor, and investor. Bezos is the founder and executive chairman of Amazon, having previously served as chairman, president and CEO of the company. With a net worth of more than $200 billion as of June 2021, he is the richest person in the world according to…

Karl and Anna in Monsoon Music!

Karl and Anna lived on the same street. Their parents were acquainted; met frequently at the park and PTA meets in School. Karl and Anna walked to school every day with heavy bag packs on their shoulders. Karl had flunked in mid term exams; Anna had scored well. Class teacher had alerted Karl. Karl needed…

Post (below) is all in fun (pun intended!)  Picture above is a download from internet.  Mysorepauk Drama: Kannada Media Channels Mistakenly Create A Mess Mysorepauk monologue was started by Dr Anand Ranganathan, Journalist. Dr Anand Ranganathan stirred the hornets nest by taking on Finance Minister of India, Nirmala Sitaraman, who attributed origin of  Mysorepauk to…