Nasa has developed a new space toilet worth $23 million. Made out of titanium, this new-age toilet known as the Universal Waste Management System, would be much smaller, lighter and comfortable to use for astronauts. If things go as per plans, it will be used for future human missions to Moon, Mars and beyond.

Article below is by Mukesh Rawat and has been published in INDIA TODAY website@
New Delhi News SCIENCE Pooping on a $23 million commode: Why Nasa’s new space toilet is so special
October 2, 2020UPDATED: October 3, 2020 00:14 IST 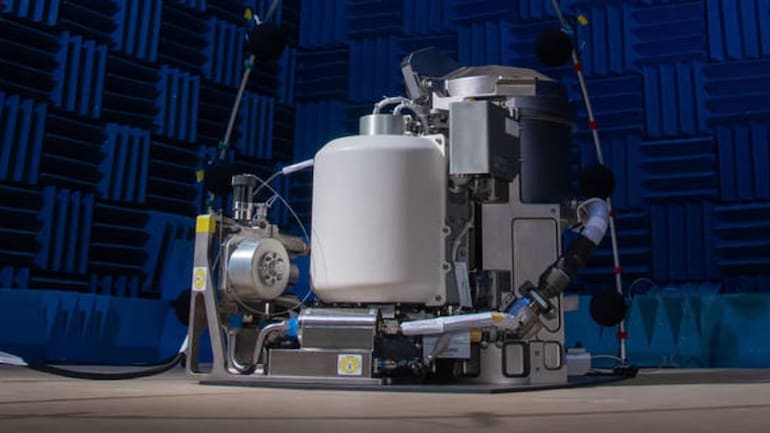 (pic) The Universal Waste Management System, or the new space toilet, developed by Nasa is nearly 65 per cent smaller and 40 per cent lighter than the present space toilet. (Photo: Nasa)

Let’s imagine this. One fine morning you wake up and feel the need to relieve yourself. You open your washroom door, sit on the toilet seat and try to lighten yourself.

To your horror, even though you are trying hard, success remains elusive. Not because you have a stomach ailment but because suddenly you are in zero gravity. For your poop to fall down into your toilet, gravity is vital. It is the force that ensures your poop falls in the right place.

Now, imagine what would happen if instead of falling down, your waste starts floating all around? Remember the zero-gravity scenes from sci-fi films with astronauts floating in spacecraft? Yes, something similar.
Ewwwww.
Okay.

Don’t worry. As long as you are on Earth, this won’t happen. But, there are people who travel to outer space. The astronauts.

How do they defecate and where does their toilet waste go? Hang on! Is there even a toilet in the outer space? How does it work without gravity?
For starters, yes, there is a toilet up there and a pretty expensive one at that. In fact, once the new one gets installed successfully in the International Space Station, it will become the most expensive toilet in the known universe (of course, discounting the ones aliens use!..i.e. if there are any).
Price?
$23 million only.

This brand new, highly sophisticated, and extremely expensive space toilet was set to leave Earth on Thursday (September 30) but a last-minute glitch forced Nasa to abort the launch. The space toilet was a part of the resupply spacecraft that Northrop Grumman’s Antares rocket was supposed to carry.

That’s some money for a toilet. I really don’t know the benefits of having a space station. I think I will ask Prasad Ganti to write an article on it.

There are many benefits from having a space station… read article at link… https://www.nasa.gov/mission_pages/station/research/news/15_ways_iss_benefits_earth

Nirupama Subramanian writes in The Indian Express- (Photo) for illustrative purposes. Copyright is with Indian Express. Amid the “India Out” campaign that has been roiling Maldives for months, its President Ibrahim Mohammed Solih, issued a decree on Thursday banning protests against INDIA, citing a threat to national security. Maldives has signed up for ‘Indian Coast…

Exotic Bali islands of Southeast Asia are part of Indonesia and the westernmost of the lesser Sunda Islands. Bali can be located east of Java and west of Lombok; Bali province of Indonesia includes the island of Bali and a few smaller neighbouring islands, notably Nusa Penida, Nusa Lembongan, and Nusa Ceningan. Look for Bali,…

(pic) Pavagada Solar Park to become biggest solar park in the world soon. Pavagada Solar Park is a solar park spread over a total area of 13,000 acres (53 km2) in Pavagada taluk, Tumur district, Karnataka. 600 MW of power was commissioned by 31 January 2018 and a further 1,400 MW are planned.The total investment required…

India closes deal worth 374 million USD worth for indigenous Brahmos missiles. Bravo India! Philippines Navy has signed and sealed this giant defense deal to purchase from India, sophisticated Brahmos missiles (made in India under India-Russia joint venture.) This is a feather in the cap for India for its first “made in India” missile sale…

The Caterpillar Over The Lips….   No…I am not having /experiencing a writer’s block. It is just not that I have nothing else to write about. I thought I will post a blog  on “Moustaches”. This happened a couple of years back. It all started with my niece asking me to write a page on…