‘As we see… so it is’ { greek: Όπως βλέπουμε έτσι είναι } and, ‘seeing is believing’… proclaimed Greek philosopher Aristotle (384 – 322 BC) who thought that the planet earth was the epicenter of the universe around humans.

Aristotle and his school of philosophers then went about investigating ‘causality’ which to them meant, ‘investigation of the natural world around humans’.’ They went about searching for the relevant causes of a variety of natural phenomena happening in the universe each minute, each day, all though our lives.

From the ‘Phaedo’, which are a series of dialogues with master Plato, guru for Aristotle, a great philosopher of the classical period, we learn that there has been a continuous search for ‘mind & soul’ within and outside us; whether the stars and planets of the Universe influenced us or not. If we, the humans, did not ‘mind them’, it did not matter to the celestial bodies!

From these series of dialogues between the master & his pupil, we learn that their ‘inquiry and search was also related to earthbound occurrences happening throughout our lives, births, and deaths for example… some early some late… sickness and health; hunger for some and riches for others .

In this ‘Phaedo’ school of inquiry & investigation, our ancient grand masters were hungry for ‘answers’ to questions… ‘why? why? and why? 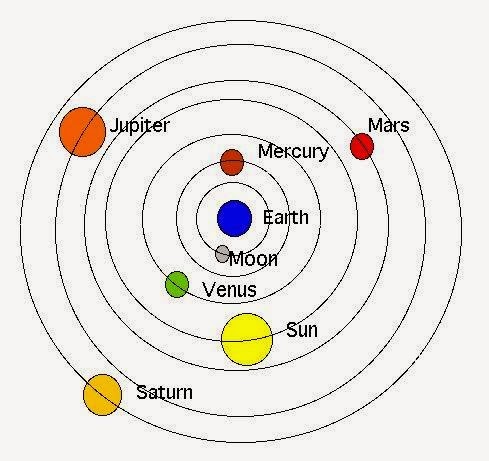 (picture-1) Geocentric Model of the Universe that Aristotle proposed

This was the thinking until the 15th Century. This model (shown in picture-1) of the Universe around us was later replaced by the Helio_centric model, also known as, the ‘Sun_centric model’. Let it be known… ‘Helio’ means ‘Sun’ in the Greek language.

Nicolaus Copernicus, a renaissance polymath, a catholic canon, great mathematician, and astronomer of his times, formulated a different model of the Universe.

He and others of his school, placed the Sun at the epicenter of our Universe replacing the Earth; this model came to be known as the Heliocentric model of our Universe.

In all likelihood, Copernicus developed his models independently of Aristarchus of Samos, also an ancient Greek astronomer, who had proposed similar sun-centric model some eighteen centuries before the astronomer of medieval times, Nicolaus Copernicus. 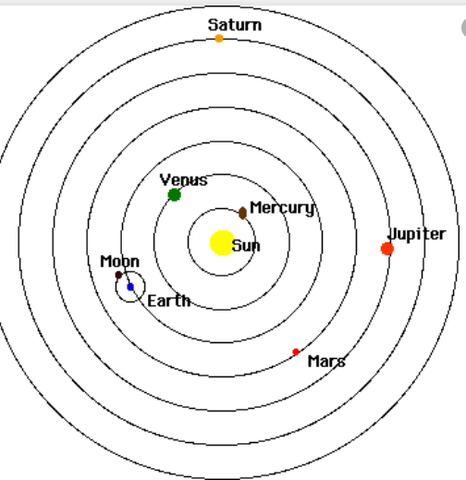 (picture-2) Heliocentric Model of the Universe by astronomers… Aristarchus, Copernicus, and Ptolemaic

Later on, there was ‘Galileo’ made the telescope, and looked at the eternal skies through his prism; he made several discoveries and published them in the book ‘Dialogues of Galileo Galilei’

What Galileo saw in the skies was not liked by the orthodox church of his time.  On April 12, 1633, chief inquisitor Father Vincenzo Maculani da Firenzuola, appointed by Pope Urban VIII, began the inquisition of physicist and astronomer Galileo of Galilei.

Galileo was ordered to turn himself into the holy office to begin trial for holding the belief that the Earth revolves around the sun; his discovery was deemed heretical by the catholic church. Standard practice demanded that the accused be secluded inside a prison cell during the trial.

To avoid seclusion in a prison before the trial Galileo first denied he said anything against the belief system of the church, But later on, he held his ground and decided to face trial.

After the trial, Galileo was sentenced to a penalty:

It took more than 300 years for the Church to admit that Galileo was right and to clear his name of heresy.

There were many astronomers and polymaths in ‘Aryavarta’, the ancient land from the Himalayas in the north to Kanyakumari in the south, that brought Hinduism to the world. 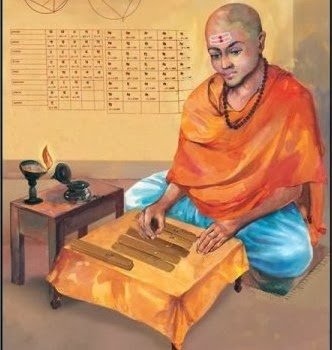 The work of such renowned eastern astronomers is recognized by the modern school of astronomers like:

Carl Sagan, in particular, has written about his understanding of the astounding mathematical models and equations developed way back in time (that is, from about 500 AD to 1200 AD.)

Carl has been baffled by the works of Aryabhata, Bhaskara II, and Varahamihira of the Aryavartha school, that give answers with precision (to the last decimal place,) distance between earth and earth’s-moon; distance between the Sun & earth in our solar system… all deciphered by the eastern astronomers without the help of telescopes!

Carl has said that there is a lot to be learned on how to decipher celestial truth in these mathematical equations, all written in the Sanskrit language that evades modern astronomers!

VISUALIZATION OF GOD BY HUMANS

Quoting Bruhadaranyaka Upanishad, when Adi Shankara, the most mentioned philosopher of the Hinduism school, said- ‘shivoham’ (or ‘aham brahmasmi’) some Dwaitis’ (those who believe that ‘god and human are two separate beings, not one) screamed ‘AUDACIOUS’; ‘how can Adi Shankara claim he is god’; ‘how can he claim he is part of the almighty!’… they asked.

All Adi Shankara meant by ‘Shivoham’ is… nirguna BRAHMAN is in You and Me; we inhale and exhale ‘Him’ (god in our imagination,) every minute as ‘BRAH’ (translated as breath in Sanskrit; we are all part and parcel of the Universe around us.

The label BRAHMAN for god in Nirguna school of philosophy says that in one word.

In Sri Vaishnava sub-school of advaitism, BRAHMAN is PRANAVA (one who gives  ‘prana_vayu’; breath that sustains life.)

I then noticed what my 8-year-old grandniece was playing with on her laptop.

I decided to fast forward and come down to planet earth, be earth-centric.

She had a piece of apple pie in her hand.

(Picture 3) A computer simulation of planet earth that my grand niece is playing with lately.

” Okay, I can see the title of your article now… what is ‘motherhood’ ?” she asked.

“Well… motherhood is”… (I stumbled;) “do you know about birds and bees in spring?” I asked.

“Oh, I know all about that, ta ta”… I have watched how Kunti got her 5 sons in the Mahabharata series on Epic Channel.” ;

“I also know how and why Draupadi had to marry 5 husbands,” she said.

“Alright, I will go for that apple pie now,” I said and closed my work the day.

Excerpts from an article in Science by Mark Mancini, Dec 30, 2020 The word “earth” has roots in the Old English term “eorþe.” Eorþe had multiple meanings like “soil,” “dirt,” “ground,” “dry land” and “country.” Yet the story didn’t begin there. Old English is the earliest known phase of what became our modern English tongue.…

01 14 August 2020 Genetic Mashup ******* Father’s nose and mother’s eyes, Father’s teeth and mother’s smile! Trace Y chromosomes or the X, All you get is a joint here and a break there, The new genetic mashup is here to stay.   Genetic reconstitution and again A mutation here or there It seems beyond…