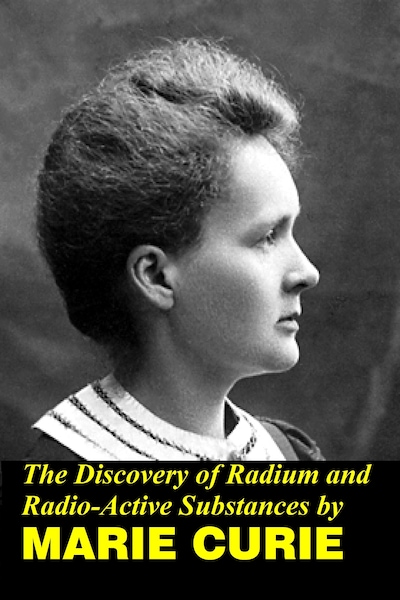 Marie Sklodowska Curie (1867 – 1934) was a Polish-born French scientist, who is one of the most famous women in the field of science.

Her work on radioactivity paved the way for future scientific as well as medicinal advancements.

Coming from a family of teachers, Marie deeply believed in the importance of a good education.

She studied Physics and Mathematics at the Sorbonne University in Paris.

Marie Curie is most famous for her work on radioactivity along with her discovery of two radioactive elements, Radium and Polonium.

Marie Curie often worked along with her husband, Pierre Curie, who unfortunately died in 1906 in a road accident. Marie and Pierre Curie worked in the lab often, helping each other in experimental work

Curie is the first woman to have ever won a Nobel Prize and the only person till date to have won it twice in two different disciplines of science.

Marie won the 1911 Nobel Prize in Chemistry for her discovery of the elements polonium and radium, using techniques she invented for isolating radioactive isotopes.

Her contributions are not only limited in the laboratory and not many are aware of the important role she played in the First World War.

Under her direction, the world’s first studies were conducted into the treatment of neoplasms by the use of radioactive isotopes.

Know more about her scientific accomplishments of Marie Curie through her 10 major contributions.

Taliban rage… how to restrain them… how can Afghan women regain their freedoms from medieval Sharia Laws?

The US is about to leave Afghanistan an estimated $28 billion in weaponry, previously meant for use by Afghan Military. US was supposed to leave Hamid Karzai International Airport by August 31st 2021, after Afghan Head of State (allegedly, a US Citizen,) reportedly said his troops were not ready to defend Afghanistan against the menacing…

Rail Wheel manufacture made cheaper in India than import from China

Rhea Charaborty’s arrest hasn’t come as a surprise, but it certainly is not the last one. Calling it a tip of the iceberg may sound somewhat clichéd, but how else should I say it? I don’t have the skill of Shashi Tharoor and Shashi Tharoor won’t say it. Why, should we single out someone and…

Aching For Love I looked for you my little one, Here, there and everywhere. Near and far for days together Hoping to catch a glimpse of you Where have you gone my dear? Leaving me behind Come back to me fast I cannot live without you I will keep on looking for you Even if…

Today is Dev Anand’s birthday. He was born on 26th September 1923 in Gurdaspur District on Punjab. His Pishori Lal Anand was a well-to-do advocate in Gurdaspur District courts and he was third of his four sons. Two of his brothers Chetan and Vijay were also in the films. After doing his B.A. from the…

A slap in the face for China by Israel on AWACS!

Published 7 days ago on August 30, 2020 By EurAsian Times Desk With an aggressive China overlooking on the Line of Actual Control (LAC) in eastern Ladakh, India’s latest acquisition are two more Phalcon’s Airborne Warning and Control System (AWACS) aircraft from Israel. On one hand, while the push from Israel expediated the long-stalled deal…

TIPS FOR USING THE WEBSITE After Signing Up and Logging In, you are left at the Home Page, where you can see the following Buttons Home, About Us, Creative, Poetry & Fiction, Magazine, Mariners World, Forum and Contact us. On the right top corner, there are three options to choose from, namely Dashboard/Add Post/Logout and…

Chingiz Aitmatov’s Cassandra’s Mark   A.Charumati Ramdas   Chingiz Torekulevich Aitmatov, author of Cassandra’s Mark was special in so many ways. Ever since he started writing, he always tried to give something new in each of his works. The beginning was made in the late 50’s with short stories (Stories of Mountains and Steppes); in 60’s appeared his…