the cause of maximum deaths in human history. Such people condemn the need for and existence of religions and mostly consist of atheists, agnostics, communists and some other kinds.

It is not such people’s case generally that religions should now be abolished. They question the need for the birth of religions. In my view this makes little sense since one should reckon factors that led to the formation of religions many centuries ago. The word religion comes from “religare” which means “to bind” and obviously any religion was founded at a given place in order to bind the community of men with identical moral laws and identical customs and practices. In those times each religion was confined naturally to a small geographic area but over centuries spread to various adjoining lands either by force or simple human acceptance.

It is stated that according to the Encyclopedia of Wars, out of all 1,763 known or recorded historical conflicts, 123 or 6.98%, had religion as their primary cause. This at once would seem to demolish the idea that religions have caused greatest killings on earth. Yet, we must see the scale of each conflict and for simplification adopt major conflicts leading to huge deaths, for our purpose. I would like to adopt minimum one million killings as the criterion for a major conflict.

There are varying estimates of death in each war from a given minimum to a given maximum. For our purpose the geometric mean is taken (which is obtained by multiplying the minimum and maximum and taking the square root of it).

The communist regimes are a 20th century phenomenon. These regimes practised torture and genocide on a vast scale. The greatest communist tyrants were Vladimir Lenin and Joseph Stalin in Russia and Mao Zedong in China. Mao Zedong took the lives of up to 45 million people during his Great Leap Forward Policy (1958 -62). Known as the Greatest Mass Murderer in History, Mao Zedong is alleged to have killed 78 million people in all through creating starvation and by political persecutions. Lenin was personally responsible for the Russian Civil War. The Russian Revolution (Civil War) from 1917 to 1923 killed about 9 million people. The Great Terror (1936-38) under Stalin killed up to 30 million people. The Great Terror is also known as the Great Purge. It involved the elimination of political opponents, repression of the kulaks (wealthy peasants), genocide of ethnic minorities, arbitrary imprisonment and executions etc. Combining all the killings under the Communist rulers, even very conservative estimated deaths are not below 100 million. 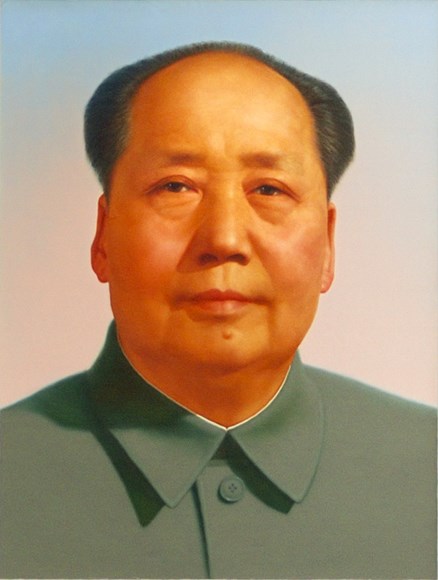 Mao Zedong, the greatest killer ever on earth. (pic from the Net)

The religious wars largely happened between the Catholics and the Protestants, and between the Christians and Muslims. The first Crusade was launched in 1095 by Pope Urban II to wrest Jerusalem and other towns for the Christians from the Muslims. There were eight Crusades in all ending with 1291. The total death toll has an upper figure of 9 million in all the Crusades, which ultimately the Muslims won.

The Thirty Years War (1618-1648) consisted of European Continental battles which were religious and also geopolitical. It started as a battle between Catholic States and Protestant States in the Holy Roman Empire. In the thirty year span, the death toll was nearly 8 million. This was the last major religious war.

History has witnessed religious persecution in Europe and elsewhere through the centuries but the death toll does not come within the million scale of ours. So, that gives us a total of 17 million deaths in major religious wars.

We are omitting here the Civil Wars that have occurred within countries. We are also omitting various other kinds of anthropogenic killings.

We can now tell the God-denying Communists that Communism has killed more people than the religious wars did.

Romance in the lift

Sri Ramji ballets are becoming popular in Bollywood. Watch one of them here.  https://www.facebook.com/zeemusiccompany/videos/373035020239109 Share with:

China, the Red Dragon, has arrived on the global stage as a superpower. It is sitting on foreign currency reserves of trillions of dollars. Manufacturing prowess makes it a major exporter in the world. Infrastructure is well developed. It is a nuclear power with a massive conventional army and firepower. It could not have been…