President Donald Trump and First Lady Melania Trump have tested positive for Corona Virus. They both have been quarantined separately.

President Trump is at Walter Reed Medical Center, where he will spend “the next few days.”  Trump has had a fever since this morning, a source said. He received a dose of the experimental Regeneron treatment, according to a memo from the President’s physician.

According to White House, there is no national emergency… the President attends to his work and there is no need for VP to step-in at this juncture.

A number of other figures on Capitol Hill have also tested positive, including Kellyanne Conway, and Sens. Tom Tillis and Mike Lee.

At his first Presidential debate the President mocked at his opponent Joe Biden for wearing a big mask at all his public rallies. President and the first lady do not seem to be taking the Corona Covid-19, seriously despite US being the first country with the most infections and over 200,000 deaths… they did not wear masks at the first debate; neither did Biden and his team at the practically sealed off debate hall in Cleveland OH during their first debate where social distancing was observed and all attendees indoors had been tested before entering the hall.

Attendees at Trump’s fundraiser in New Jersey didn’t wear masks and took photos with him, says CNN’s Paul P. Murphy. On Thursday of this week, President Trump flew to New Jersey for a fundraiser — with the White House already aware of Hope Hicks’ diagnosis.

In New Jersey, Trump attended three events: an indoor roundtable, an indoor VIP reception and an outdoor reception, according to an event invitation obtained by CNN.

Attendees took photos with Trump: Attendees from Texas said they were tested for coronavirus before arriving at the VIP reception, where they took their photo with the President. They said each individually conversed with Trump for less than a minute while the photo was taken, and maintained six feet of distance.

CNN has previously reported, citing two different sources, that the roundtable included 18 attendees, was held indoors at socially distanced tables, and no one wore masks. One source also said those at the roundtable were tested ahead of time.

The outdoor reception was open to all donors. Katherine Hermes told CNN that Trump stood at a podium, socially distant from the attendees, and held a question-and-answer session. She and the Texas attendees say they were kept in two groups, separated by barricades.

The group closer to the President had been tested for coronavirus. Hermes’ group, which was present for the outdoor reception, only received temperature checks and was kept further away.

The two groups didn’t mingle and most attendees were not wearing masks, according to observers. 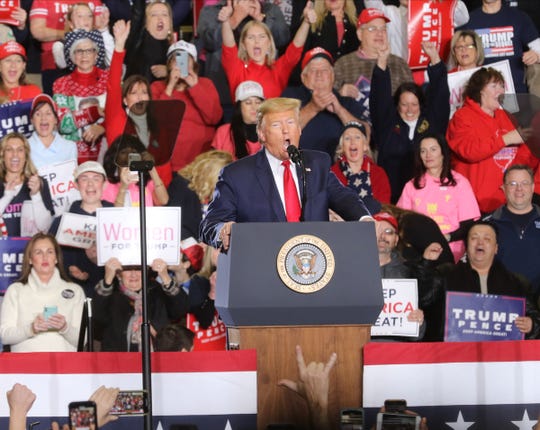 Serves them right. Hope it will drive some sense in to those lobbying against the masks- but that will not matter as much as the sentiment driven market that already has reacted violently to the news. I hope he recovers or else it is going to shake the US election itself.

So True. WH Physician says… Trump condition is not very serious, will get checkups but will be quarantined; Pres.Trump hopes to be back for the 3rd Debate (2nd between Presidential candidates) scheduled for October 22nd.

The Dow stock losers Thursday were led by Chevron (CVX) 70.42 (-2.19%), Dow (DOW) 46.11 (-2.00%) and Caterpillar (CAT) 146.71 (-1.64%).
The U.S. economy added 661,000 jobs in September, and unemployment fell to 7.9%. However, Job growth slowed further in September, with fading government support and the failure to contain the coronavirus threatened to short-circuit the once-promising economic recovery. Markets are no doubt volatile at this time. Trump hopes to be back on campaign trail with 3rd debate (2nd between Presidential candidates) to be held on October 22nd.

Our Trip To Kashmir

For tourists like us, Kashmir is ‘paradise on earth’. There are enchanting tourist spots to visit in winter (beginning of a calendar year for Kashmir) through fall season, ending in November/December. February can be too icy and cold. Tourist season begins again in spring through summer to enjoy pleasant sun & shine in the company…

After coming back from China, I had to get a lot of woodwork done in my house as during our stay away from home for nearly three years, the termites had had a field day. Besides, what was removed, the way these carpenters work in India, I am left with huge pile of good, reusable…

Picture from internet 100 Words Story Challenge First Monsoon Rain- By Navneet Bakshi “It’s about to rain”, Papa said. “Make me a boat Papa”, I said. “Make one for Daisey also”, I said. He smiled, I giggled as if caught with the emotions of my heart exposed. Daisey, Daisey, shouting, I ran out. We sat…

India- China, Love Hate Relationship and Self Reliance Note:- I started writing this article some time in February but then forgot about it. Ever since the outbreak of Covid-19 from the Chinese city of Wuhan, the tirade against China has been gaining momentum all over the world. The whole world is obviously angry because every…