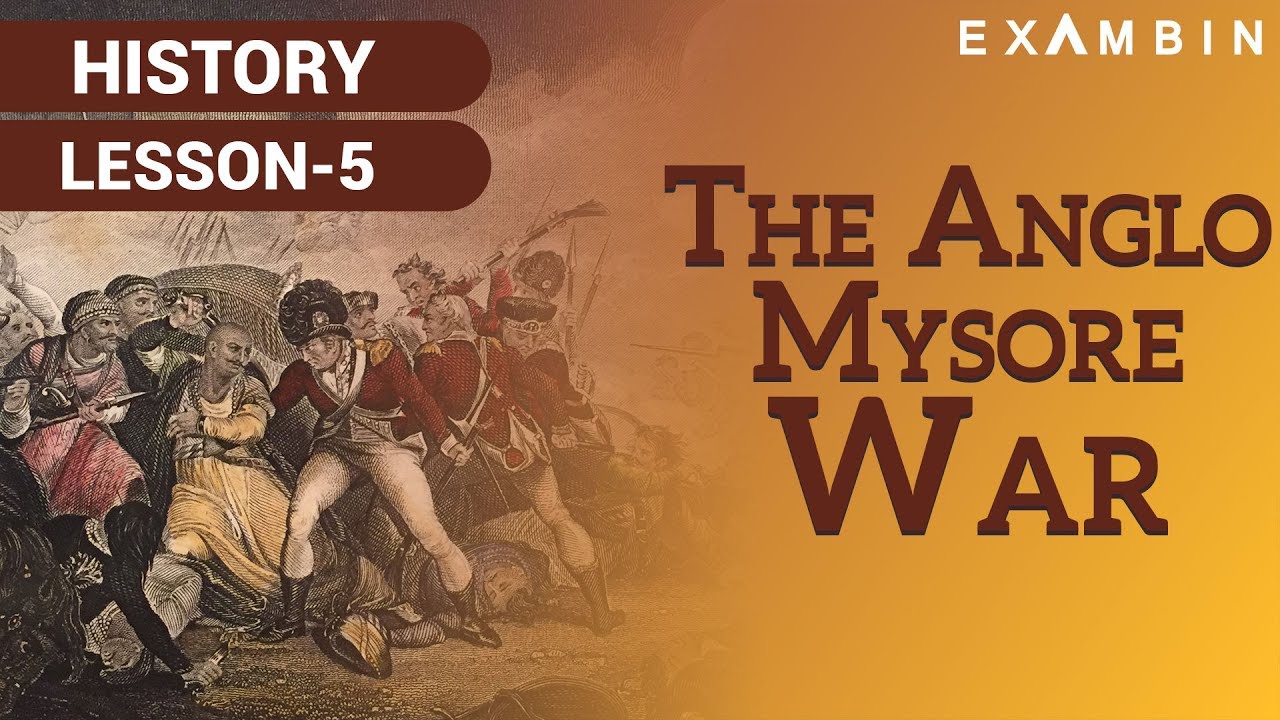 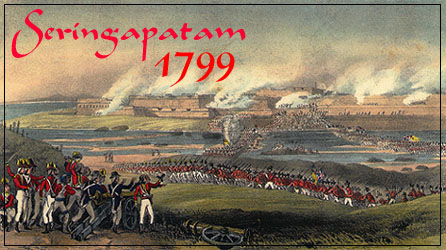 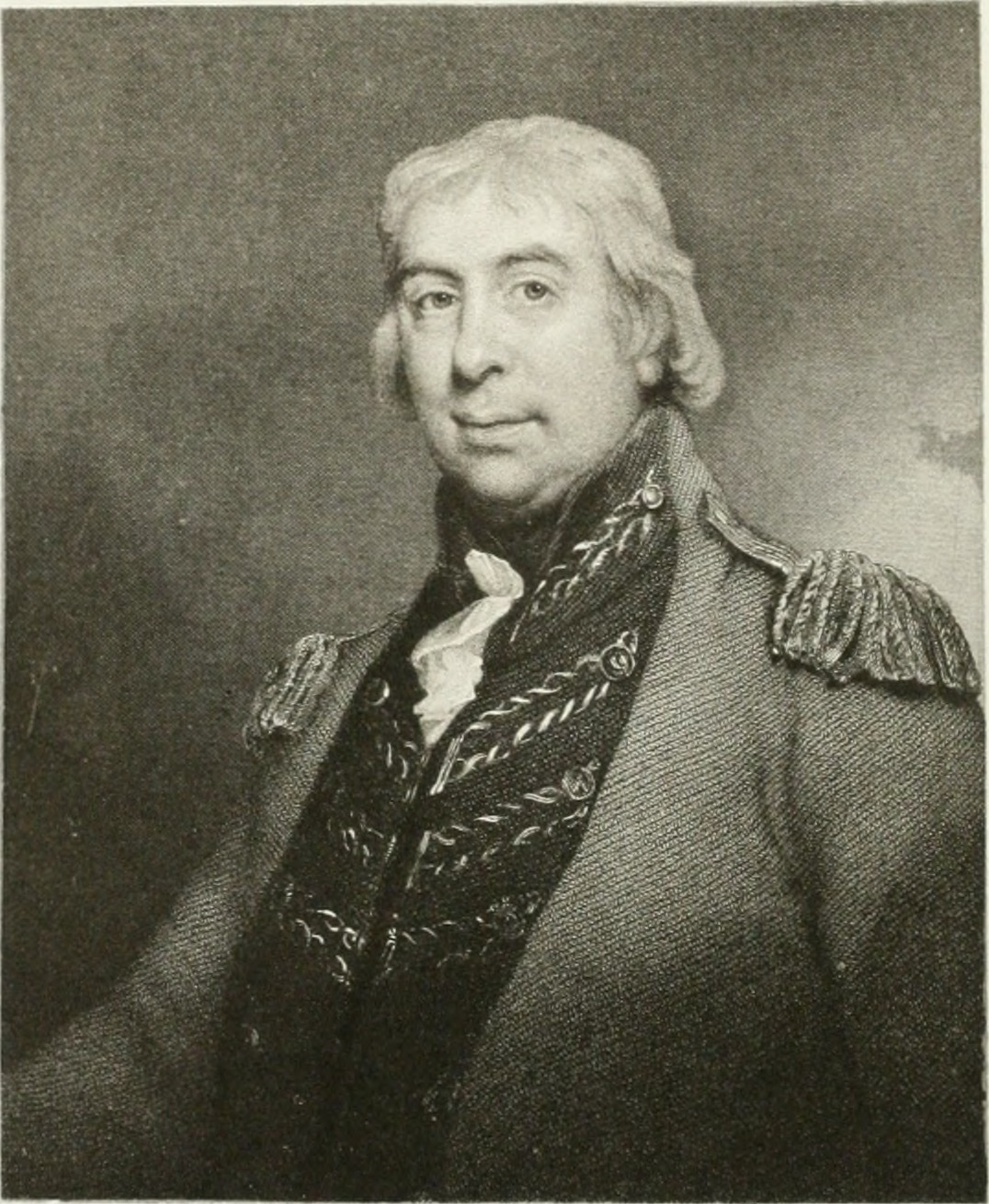 The 4th battle of Mysore kingdom commanded by Tipu Sultan against the British (commander: George Harris) was a decisive war.

War casualties were heavy on the side of Mysore kingdom; between 1000 and 2000 men lost their lives on the battle field.

On the British side, the casualties were hardly 66 to 69. British used field cannons (field guns) drawn by horses to pound walls of the Fort.

British were trained well in use of rifles and swords to riding on the horseback. They were good horsemen.

Mysore’s alliance with the French was seen as a threat to the East India Company and Mysore was attacked from all four sides.

Tipu’s Army was outnumbered 2:1 in this war with the British Army  (with Hyd Nawab and Marathas also attacking Tipu Army at the same time Tipus forces were outnumbered 4:1). Mysore had 35,000 soldiers, whereas the British commanded 60,000 troops.

The Nizam of Hyderabad and the Marathas launched an invasion from the north on Mysore to support the British effort.

The British won a decisive victory at the seige of Seringapatam (1799.)

Much of the remaining Mysorean territory was annexed by the British, the Nizam and the Marathas.

The remaining core, around Mysore and Seringapatam was restored to the Indian prince belonging to the then Wodeyar dynasty, whose forefathers had been the actual rulers before Hyder Ali became the de facto ruler.

The 4th Anglo-Mysore war saw the death of Tipu Sultan and further reductions in Mysorean territory; Tippu tried running away to Bangalore… but was surrounded there by British troops.

The Wodeyars ruled the remnant state of Mysore until 1947… then it joined the Union of India. BACKGROUND (prior to the 4th Anglo-Mysore War)

The fort had been built by ‘Timmanna Nayaka’ in 1454, the fort came to prominence during the rule of Mysore by Tipu Sultan. The fort had been fully fortified with the help of French architects to meet the growing needs of of Mysore troops against invaders.

The river Cauvery surrounded the fort on the north and western sides. River was at least 7 feet deep. The fort had Lal Mahal and Tipu’s palace. They were demolished during the British capture of fort in 1799. There are seven outlets and two dungeons even today inside the Fort.

Tipu Sultan had entered into a negotiation with the Governor of the Isle of France (at Mauritius, Africa) in 1798, and sent an embassador to Zaman Shah, then ruler of Kabul, for the purpose of inducing him to attack the possessions of the East India Company.

Having also derived encouragement from the successes of Napoleon’s Egyptian Campaign, from which France intended to act against the British dominions in India, Tipu commenced augmenting his military force, and his hostile designs against the British became every day more apparent.

Governor-General Richard, Earl of Mornington (afterwards Marguess of Wellesley) perceiving a rupture inevitable, resolved to launch a preemptive strike, and ordered the army to take the field and march into the heart of Tipu’s Mysore territory.

Reclining Vishnu idol is inside. Puje can be offered. Small Residential buildings and hutments  surround the temple.

Srirangapatnam today has over 65% muslim population living peacefully with their Hindu neighbors.

Mellowed out and enlightened septuagenarian. Tech savvy. Social writing is just a pastime to kill time. I keep contributing to several developmental projects in the area of engineering education, IT and Healthcare projects launched by my kith and kin. I am too lazy to write a book, 'cause I think my life itself is a book! I am also at www.facebook.com/sureshnrao
Login
Please login to comment
9 Comments
Newest
Oldest Most Voted
Inline Feedbacks
View all comments

Two facts which hitherto were not know to me — Wodeyars were the original ruler of Mysore kingdom and they later on ruled over a part of it till 1947. I don’t remember this mentioned anywhere in history text books of class 6 to 8, even now. How much about history of our land we know is right and then how much we don’t even know, are the questions we need to put to ourselves.

The Wodeyar dynasty or Wadiyar dynasty ruled over the erstwhile Kingdom of Mysore from 1399 to 1947. It is the only royal family in India that has ruled over a kingdom for more than 500 years. The rule of this royal family extending over 5 centuries was headed by 25 kings. You can read more on The Rule of the Wodeyar (or Wadiyar) Dynasty in Wikipedia… https://en.wikipedia.org/wiki/Wadiyar_dynasty

True, class 6 to 8 history of Mysore, that most of us read, did not give the complete picture. More informed researchers have traced history of the Wodeyar (also Wadiyar) dynasty all the way to the Vijayanagar empire that had control of the area.

Although the Wodeyars (or Wadiyars) are ‘Kshatriyas’ they follow SriVyshnava- sampradaya, when observing rituals. Only last week they observed Gurupurnima at the Mysore palace. Karnataka government allows use of the Mysore palace to Wodeyars for such Royal family functions; also to celebrate Dasara festivities year after year, even now. The family lives at the Bangalore palace most of the time.) Watch video of the most recent Gurupurnima (of July 2921) at Mysore palace@ https://www.youtube.com/watch?v=XKZNlG9eFg0

Tipu and his father Hyder Ali were home grown fighters of their time. They gained control of the region by good horsemanship & sword fighting; might is right was the mantra of those days for all tiny kingdoms in the region and their rulers.

Mysorean rockets were used in the battle field by them as a military weapon. These rockets were the first iron-cased flying objects fired from long rifles; The Mysore Army under Hyder Ali and his son Tipu Sultan, used the rockets effectively against the British East India Company during the 1780s and 1790s.

But, as the blog says, Mysore Army was over powered 4 to 1 in the 4th Anglo-Mysore war. Tipu’s army was no match to field-canons used by the British. British canons could pound and smash mighty fortresses.

Tipu was secretly aligning with the French to throw out the British from Deccan. The French and British troops faced each other, outside Europe, for the first time in Mysore!

The film ‘Sword of Tipu Sultan’ is a movie made by a Patriotic Muslim of Bangalore who is perhaps from the Ali ancestry in the Deccan. Muslims of Bangalore and Hyderabad have been there for over 800 to 900 yrs!

Interesting piece of history, but my heart bleeds to read how the invaders were fighting for our land. Even Tipu was the descendant of the invaders and as I learn from your article the Marathas and Nizam were siding with the British to defeat Tipu. My knowledge of history is limited to what I read about it till 8th standard and from there I learnt that Tipu was a brave warrior, who fought for his “Mother Land” against the British and I held a great pride from him, until the protests against making of the film Sword of Tipu and over the celebration of some thing related to Tipu was undertaken by the Congress government in Karnataka erupted. It’s only then that I learnt that he was indeed a cruel king who forcibly converted Hindus to Islam. Surprisingly all these facts were kept away from us growing up children. In a way it was good for developing a feeling of amity among the people of India, but that game seems to be over now. Another thing that intrigues me that East India Company was only a trading firm. How could a trading firm barge upon acquiring land in a foreign country without not having the support of the government and how morally wrong it is for a nation to support a set of pirates in its expansionist designs.

Well said. True, Tipu Sultan fought the British who were expanding then south of the Vindya mountains.
Rule of Mysore by Hyder Ali and Tipu Sultan encouraged muslim settlements at Sri Rangapattana (current name) from where Tipu ruled Mysore.) River Cauvery has hardly any water there now. I visited the temple for Vishnu there (picture in my blog) not too long ago. Presently, the area has over 65% minority population. A few Brahmin families (of Sri Vyshnava Samradaya still do pujas at the temple and live in the area too.) History of the Wodeyar (or Wadiyar) Dynasty in Wikipedia… https://en.wikipedia.org/wiki/Wadiyar_dynasty

Only last week the erstwhile Royals, observed Gurupurnima at the Mysore palace. Karnataka government allows use of the Mysore palace to Wodeyars for such Royal family functions; also to celebrate Dasara festivities year after year. The family lives at the Bangalore palace most of the time. Watch video of the most recent Gurupurnima (of July 2921) at Mysore palace@ https://www.youtube.com/watch?v=XKZNlG9eFg0

The dawn of Vaccine

Covid 2019 has dominated most human lives on the globe for most of 2020. Infecting multitudes and killing in millions. With the year coming to an end, the vaccine is on the horizon. With the approach of dawn after what has been a deadly night, it is time to follow the exciting developments on the…

A helicopter on Mars

A helicopter was sent to Mars recently along with the latest rover perseverance. And it flew for the first time outside the confines of Earth. Just for a few seconds, followed by a second flight a little under a minute, a few days later. It was a Wright brothers moment for mankind. Very much like…

बुदम and his Dilemma with ‘illiterate’ Mom

Let me take a break from my next episode, I want to get back to my ‘illiterate’ Mom, who was/is at the center of everything happening in बुदम’s life. बुदम noticed one thing, all the siblings in the family avoided him, loved him, and were extremely nice to him whenever बुदम used to be around…

A Tribute To Mohammad Rafi

A Tribute to Mohammad Rafi Writing a tribute to Md. Rafi on his 40th death anniversary that falls on 31st July, is going to be pleasant but a daunting task. Never before have I written an article on any known personality. It needs a lot of research and for writing an article on a legend…

Jallianwala Bagh – Why Indians fired on Indians? By Rajat Mitra

This Post was shared by Dr. Unnikrishnan on a Whatsapp group Jallianwala Bagh – Why Indians fired on Indians I lived in Hong Kong for some years. One of the facts I observed was that Hong Kongers by and large do not like Indians and many of them even hate us. Whether an Indian goes…