Nutrient-rich millets got a boost with the Union government of India deciding to declare 2018 as the  ‘national year of millets’.

At the inauguration of the three-day international trade fair (Jan 19 through 21st) of organics and millets, Union Statistics and Program Implementation Minister D.V. Sadananda Gowda said the Union Agriculture Ministry has already completed the formalities to promote millets.

According to experts, dedicating a year for millets will not only increase awareness about its health benefits, but also result in higher demand for these drought-resistant varieties, resulting in remunerative prices for poor and marginal farmers.

Some images from the Bengaluru Mela (Jan 19 to Jan 21) 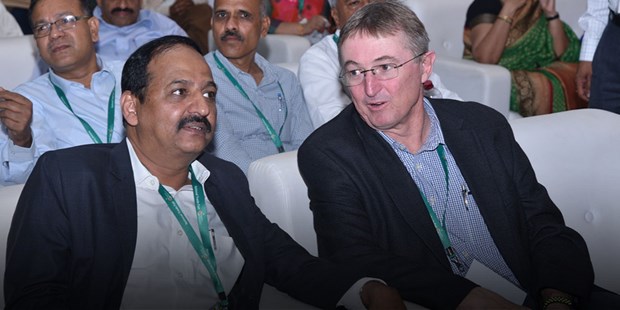 My son, Vinay Rao Bhardwaj (second from left) presently@ www.ensocure.com was one of the panelists at the Organics and Millets trade fair, Palace grounds, Bengaluru.

It is a staple food for the poor in Rajasthan, Haryana and arid regions of Punjab too. Its roti is said to have less starch content and therefore it is one of the main ingredients of Multi-grain flour for diabetics. Punjab, Haryana have been growing wheat and rice and selling it to the government. It has resulted in the groundwater going down year after year and now when the government wants them to switch over to the cultivation of crops that use less water and are more profitable they are skeptical and protesting out there for the last nine months for repealing the farm laws.

Yes. I am told Karnataka is the largest grower of millets (or other such food.) North Karnataka has barren lands with very little ground water. Millets are also the staple found of most poor in N-Karnataka.

*******ARRANGING FOR MILK FOR GOGA*********** Goga was crazy about milk and milk products. Though he was crazy about everything but his craze for milk surpassed all his crazes. All his talk centered around having dhoodh, dahi, lassi, burfee. Once he said “ Yar sadi mummy majh kyon nayeen ban jandi (Pal, Why doesn’t our mother…

Of words and a chain made with them…

When words end up being stringed, they make a lovely chain for the readers. Some can be just cast away and some preserved. The best chains are those which are seen again and again and worn close to the heart.Okay.I am talking about blogs. Blogs come in many forms and need not always relate a…

Thomas Edison… manager of teamwork based research… not inventor of light bulb!